Though the National Labor Relations Board has in a prior ruling upheld an employer policy forbidding the use of cell phones by employees in the workplace, the Federal Communications Commission (FCC) has issued a ruling that employers may wish to account on in enforcing these policies. The FCC has upheld a fine it issued against an employer for operating a signal jammer to prevent its workers from using cell phones in the workplace.

A signal jammer is a device that overpowers, interferes with, or blocks radio frequencies, and these are generally illegal to use under the Communications Act of 1934. This is primarily due to their ability to prevent important communications, such as preventing employees from dialing 911 in an emergency, disrupting the communications of first responders, or preventing maritime or aviation communications.

Under the Act, it makes it illegal for any individual to “willfully or maliciously interfere with or cause interference to any radio communications of any station licensed or authorized by or under this chapter or operated by the United States Government.” Further, the Act prohibits the manufacturing, importing, sale, offer to sell, shipment, or use of any devices which fail to comply with the regulations of the Act.

Due to this, it is generally impossible to certify or use jamming devices because their inherent purpose is to interfere with the communications of authorized equipment. As such, these devices do not comply with the FCC’s standards and are illegal to use within the U.S., with only limited exceptions. 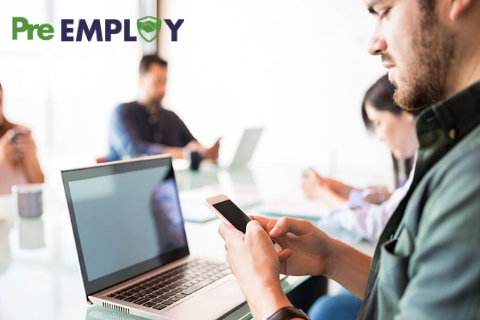 In this particular case, the FFC had received complaints from a telecommunications provider of interference. In response, the agency’s Enforcement Bureau launched an investigation of a Texas-based warehouse business for the possible use of a signal jammer. The owner of the business admitted to the use of such a device in order to prevent employees from using their cell phones in the workplace.

The FCC reports that the owner of the business stated that their son had received a previous warning from a telecommunications provider that such devices are illegal. Further, the owner claimed that they had already disposed of the device and would not retrieve it for the agent or identify where it had gone. However, the owner reportedly did offer to sell the device to the agent, who declined the offer.

Following this, the FCC Enforcement Bureau issued a total fine of $22,000 which included $10,000 for operating an unauthorized device, $7,000 for interfering with authorized communications, and $5,000 egregious conduct. The warehouse business appealed the decision, and in response, the FCC has now upheld the fine.

The NLRB prior decision shows that employers are likely within their rights to institute policies prohibiting the use of cell phones in the workplace. However, it is important to consider how this type of policy will be upheld. Clearly, this decision by the FCC indicates that the use of signal jammers is not a legal way to enforce such a policy.

California Delays Implementation of OSHA’s ETS
Federal Court in Michigan Rejects Employees Request for a Temporary Injunction Due to a Failure to S...
Massachusetts Creates At-Will Employment Exception for Employee's Right of Rebuttal